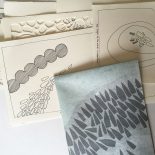 The Day of The Halftone

. . . and we’re back! EIGHT runs today to make up for my lazy honeymoon, all of them black halftone images printed on top of color silhouettes from weeks ago. A halftone, for those who don’t know, is a reproduction of an image in which the various tones of gray are produced by dots of ink. See below for some satisfying before and afters: 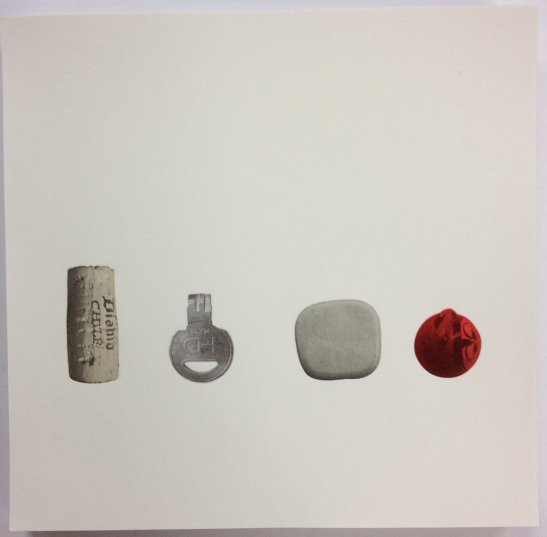 That color silhouette laid down before the halftone pulls a lot of weight. Have a look at the images below. The cork on the left is printed on white paper, the cork on the left on top of the beige field of color. Such a small thing, but such a huge difference.

and, just for kicks, lets look at the stone.

The halftones are all printed just the way the silhouettes were, with polymer printing plates. In an effort to avoid those pesky duty charges, I had my mother ferry them over the Atlantic for me at the end of May. (Does anyone in the UK know where I can get these flexible polymer plates made? So far no luck.) You can see the halftone pattern on the plate below. 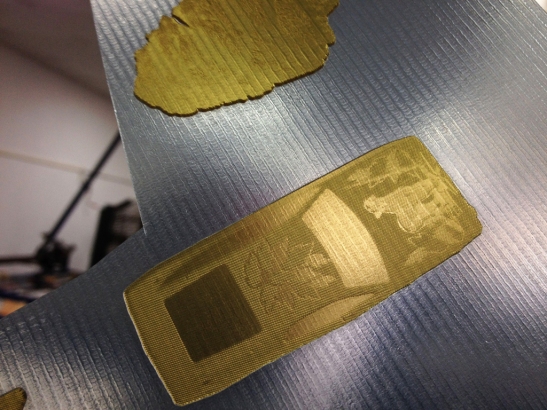 Tragically, these were the second round of halftone plates I ordered. The first round was a failure. Just a zero. I am not used to printing from (or preparing the digital files for) halftone images, and although things looked light and airy on my computer screen, when the plates arrived they printed much too dark for the book. Look at the stone, for example, in the image below and compare it to the stone in the images above. Here it is a black blob that would have dominated the page and completely overwhelmed the subtle color behind it. So another sixty bucks or so into the pot, but for a just and reasonable cause. 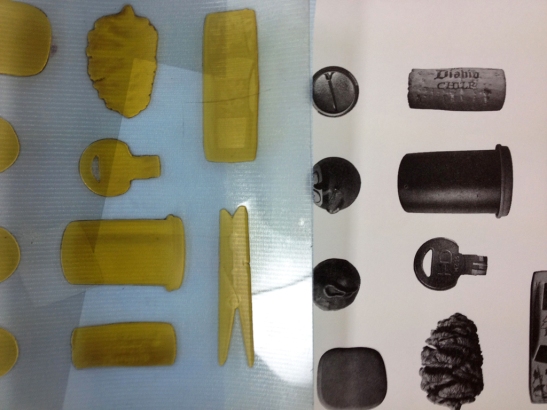 Back on the press tomorrow for a couple more halftones, and then who knows what I’ll get up to! Stay tuned, more posts to come.

5 comments on “The Day of The Halftone”

This entry was posted on June 12, 2012 by Big Jump Press in Letterpress, Work in progress.