To the Book Fair! (yes, I need three kinds of tape.)

I’ve been doing so much teaching lately that there has been precious little time to devote to binding books or (gasp) working on new projects. Additionally, quite a few of my books are now out of print, and I have been worried that my table will look at bit sparse. In an act of desperation yesterday, I printed some bits and bobs to sell cheap so that I can at least make back some gas money if I don’t sell a big book. Like these pamphlet covers: 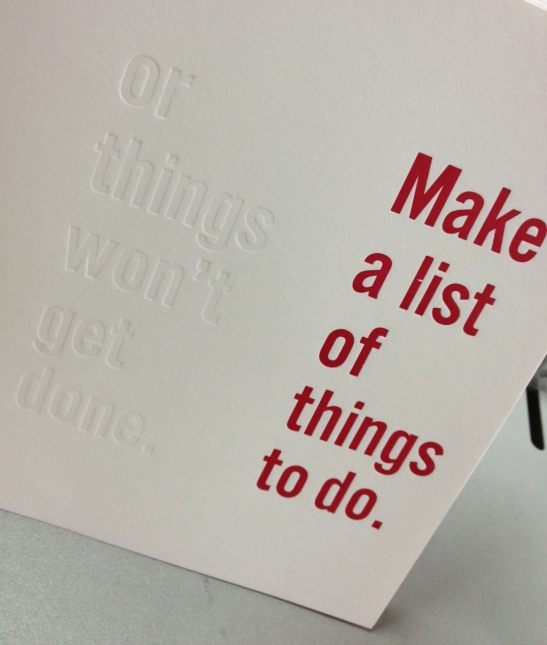 and these very straightforward postcards: 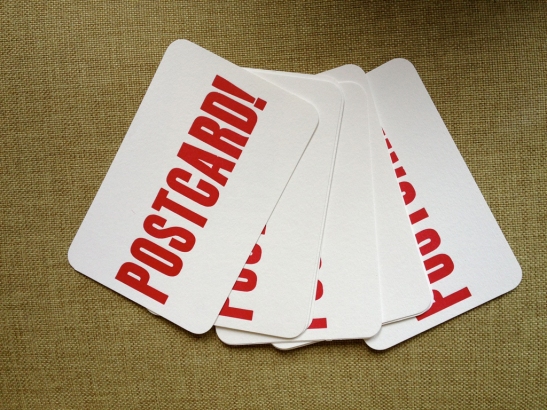 While I was at it, I printed on some paper bags:

These bags are a personal victory for me. Idiotic fact: I have never once remembered to bring bags to a book fair. This unfortunate trait makes me seem like the Least Organized Person on Earth whenever someone buys a book and then asks, reasonably, for a bag to carry it in. But I can change! I can change! Look!

A sale brings on hours and hours of little tasks, often accompanied by embarrassing, guilty TV pleasures that I will not elaborate on, no matter how much you beg me. Pamphlets were folded and punched, postcards were trimmed and rounded. I printed signage, slipped things into clear plastic bags, and filled the apartment with debris.

This particular pre-sale flurry of activity included hours wasted on a failed attempt to get a credit card reader for my iphone, a seemingly reasonable ambition made impossible by the fact that I’m not on the electoral roll in the UK. I gave up on that dream (damn you, iZettle) but I am  accepting Paypal at a fair for the first time ever, which I hope won’t give me a heart attack. 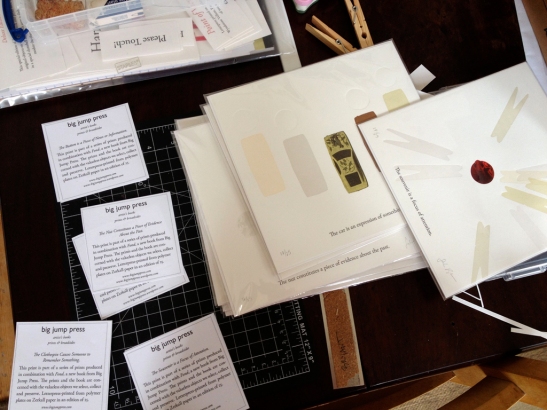 For sale at my table:  Point of View (2008,) Fond (2012,) Simulations on a Two-Dimensional Grid (2013); a variety of prints and broadsides, blank bindings left over from various demonstrations and workshops, and a somewhat paltry selection of postcards and pamphlets. And look, it’s all squeezed in here: 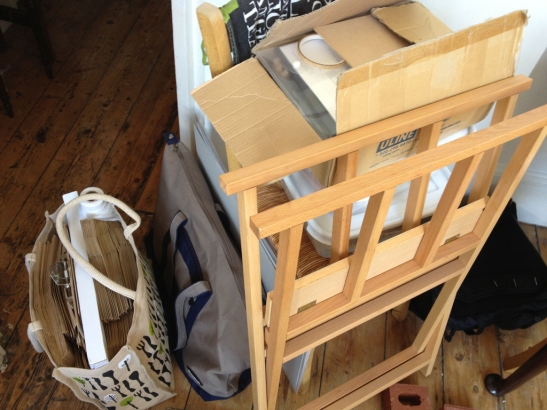 To Bristol! Wish me luck. Would you like a bag with that?

This entry was posted on April 19, 2013 by Big Jump Press in Visits and tagged book arts, Bristol Artists Book Event.