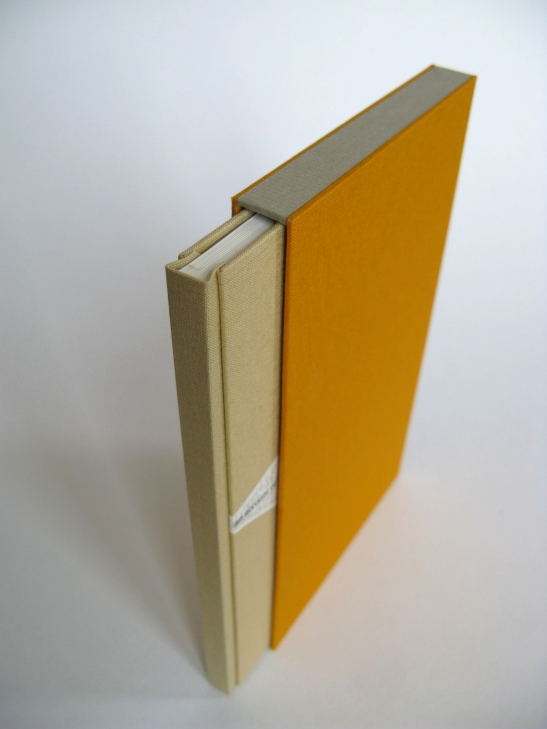 As of last week: 49 copies bound, boxed, numbered and signed. The rest of the edition looked like this: 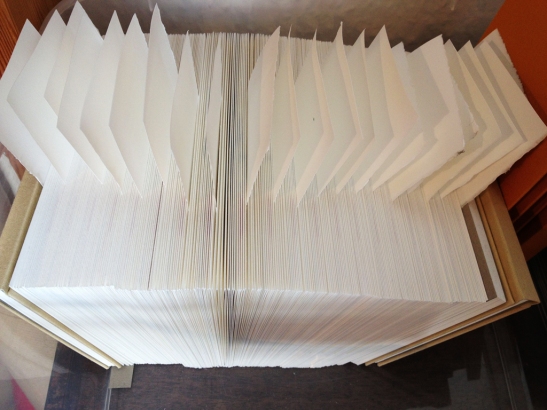 That is not an ideal state of things, so I sorted the folios, collated them, and counted them. 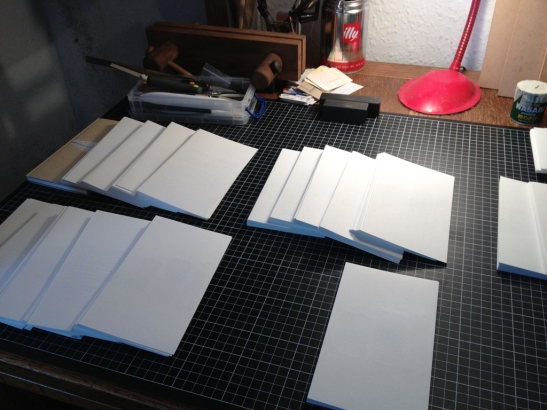 I  consolidating spines and applied linings. 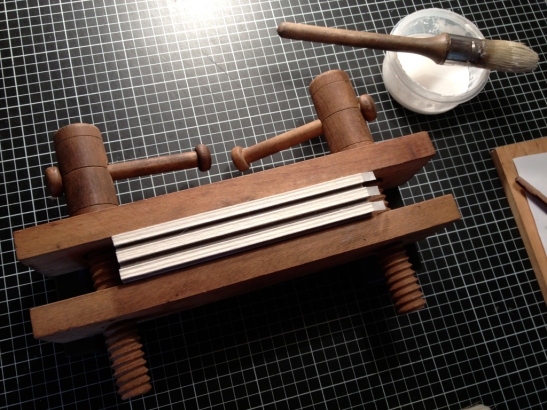 And for several of them, I cased them in and made the boxes.

51 copies of 75 are bound, boxed, numbered and signed. An additional 15 copies are ready for their cases and boxes.

Yeah, ok, it’s not great to have binding still to do for an edition from 2008, I hear you. But look at the edition size! Never again. As of last week, 70 copies were bound, numbered and signed. The rest were in various stages, mostly sewed up and waiting to be united with their cases, many of which were already made. I brought a tub’s worth of this project over to England recently so I could finally tackle a good number of them. Here are a few of them, bound several years ago and simply awaiting their cases: 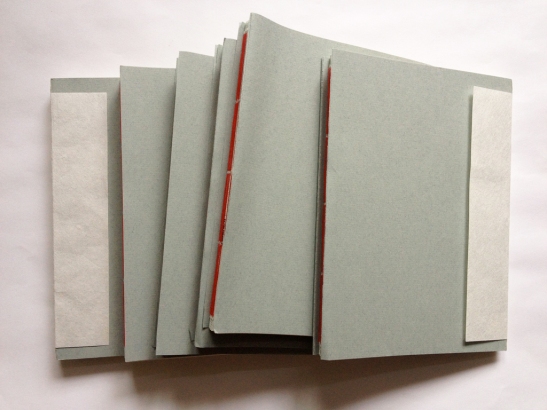 Simulations on a three dimensional grid (2013), edition of ten copies

As of last week: 8 copies were waxed, numbered, housed in a portfolio wrapper, and signed. Two copies to go, plus two proofs.

Most of the drawing and punching and folding was done for the last four copies, but a few folios remained. As soon as I knocked these out it was waxing time. There must be a sleeker, better, more binderly way to do this, but I will now confess (after having been asked a number of times and answering in a weird and evasive way) that I used tea lights, a hammer, and an iron. Behold: 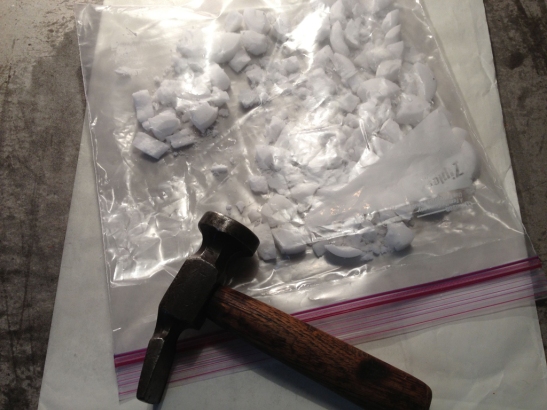 Step #2: melt some wax inside a folded folio of release paper with an iron on low heat. Slip in the page you wish to wax and iron it until the wax has soaked through.

Step #3: Remove and let cool. Now it looks gross and too waxy.

Step #4: place overly waxed folio between blotting papers and iron on higher heat until the excess wax has been soaked into the blotters. 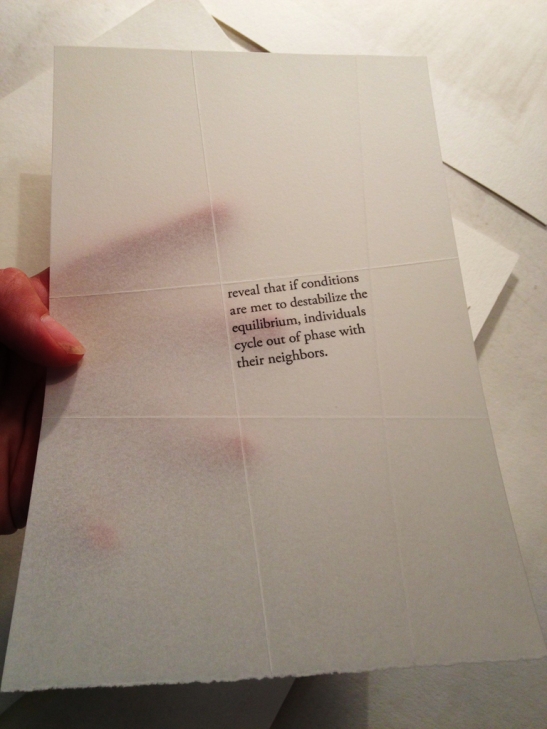 Well, done with that folio, anyway. To finish up the last few copies of this edition, I had to do this 48 times. Which I did yesterday. 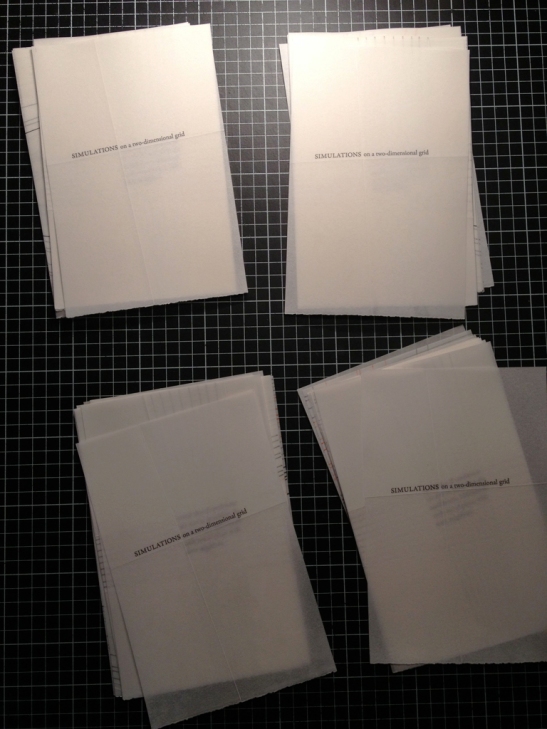 Well, I am still working on it. All of the sheets are completed, I simply need to make and wax the wrappers. I aim to finish these by the end of the day. Just taking a little blog break.

IMPORTANT AND RELEVANT NEWS: We have found a new flat. Soon, a bindery located in its own dedicated room with its own dedicated door. It will not be located under a bed of any kind. Stay tuned for a million photos and verbose, heart-bursting joy after we move in in mid to late August.

10 comments on “Clearing the Decks”

This entry was posted on July 31, 2013 by Big Jump Press in Bookbinding, How I do things., Work in progress and tagged artist's book, big jump press, book art, book arts, bookbinding, Fond, How to wax paper.