My ongoing collaboration as a member of Shift-lab has forced me to look up from a mountain of Figure Study binding and venture out into the fresh air. Something new! For this project, as yet untitled, the five of us are researching a specific site close to our residence and interpreting the ways in which humans transform a place. The resulting book will be launched in the Fall of 2015 and exhibited in Portland, Oregon. As with our last book, we are each going in a different direction, looking at ski resorts, military test sites, recreational shorelines, suburban layouts and strip mines. I am looking at the Brighton Marina. 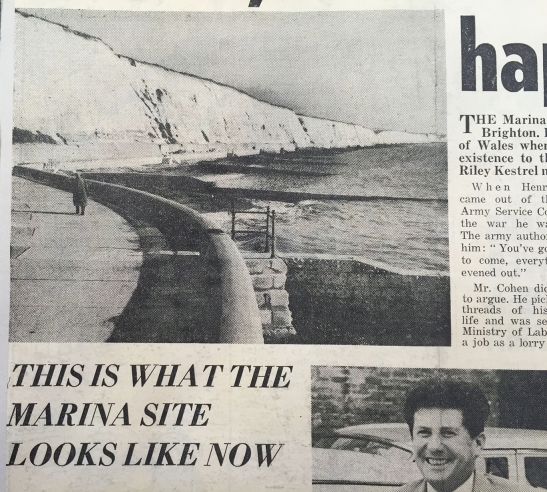 The Brighton Marina was built at Black Rock in the seventies after a protracted planning phase that lasted for the better part of a decade. It is now arguably the biggest marina in Europe and, as of this year, is in the middle of yet another major redevelopment. Newspaper clippings, promotional materials and public notices for the period between the initial marina proposal in 1964 to its completion in the late 70’s brim over with revised Marina plans, vitriolic arguments against the project, and compelling images of its construction. 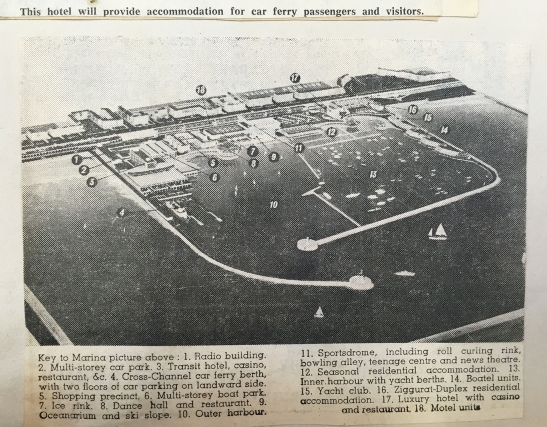 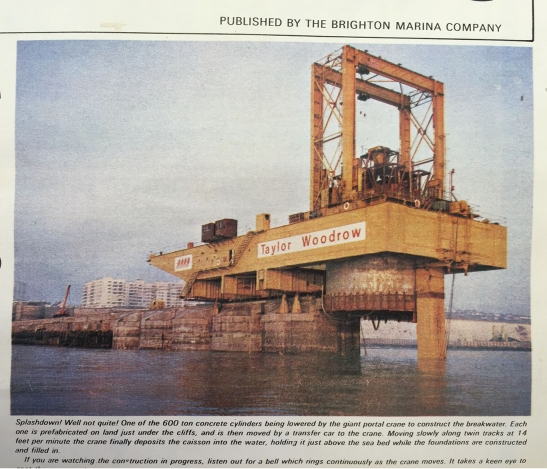 I’ve also been visiting the Marina itself, walking the perimeter along the sea wall and the undercliff walk. 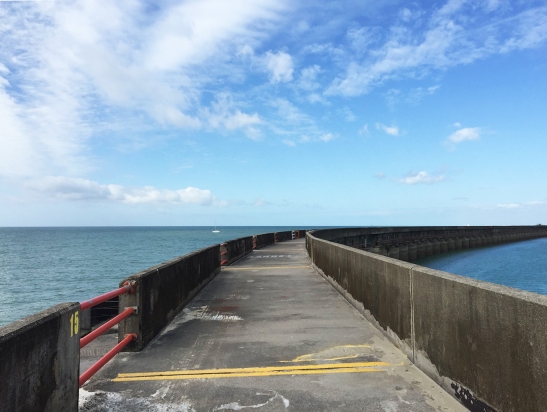 The marina is a familiar place to me. My husband Ben lived on an old police boat here for two years. During long summer visits, I would spend weeks participating in the quiet rhythm of the place, watching the surroundings change almost imperceptibly as the entire facility raised and lowered with the tide, marveling at daily visits from a vast flock of starlings, quietly beating out the track between the boat and the showers. 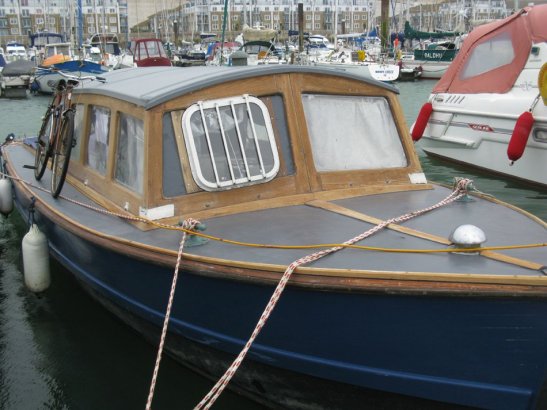 I know so much more now about how the marina was built, what portions of the town had to be demolished, what kinds of facilities were promised and which of those promises were broken. (Where is my hovercraft shuttle to France? Where is my artificial ski slope? Where is my Oceanarium?) I’ve spent the last few days combing through the archived materials at the Hove Library and building a marina shape from a recombination of the text.

After working almost exclusively on the same project for about two years now, switching gears feels like jumping into a swimming pool or getting on an airplane. More on this project as it continues through the summer.

10 comments on “Rebuilding the Marina”

This entry was posted on May 20, 2015 by Big Jump Press in Work in progress and tagged Brighton Marina, Shift lab.