The Pyramid Atlantic Artists’ Book Fair has come and gone! Aren’t you sad you missed it? Here is a tip: For kicks, share a table for two days with the Queen of Pop Up Books, Carol Barton. It took her all of ten minutes before she couldn’t hold back the tide of paper engineering: 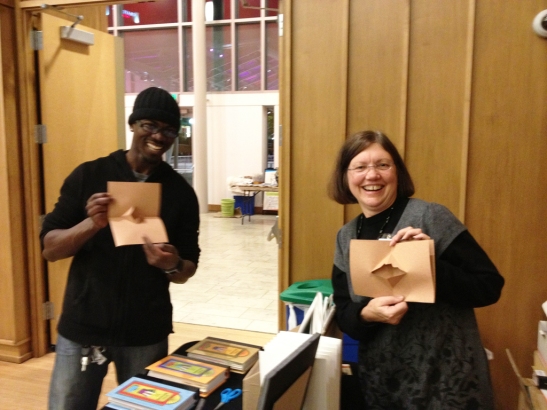 Carol is currently selling her Pocket Paper Engineering: Volume III, the last book in her how-to pop up trilogy. They are going like hotcakes! (and make great gifts, by the way. . .)

As promised, I put the last of my mean cards on the table, and they were all gone by the end of the first day. I guess it is time to print some more! There are always more people to alienate.

As always happens with this kind of event, I was pinned to my own table hocking my books and barely managed to escape to see all of the things going on around me. Here are the things I managed to see (probably on the way to the bathroom.) Papermaking demo in the lobby of the civic center: 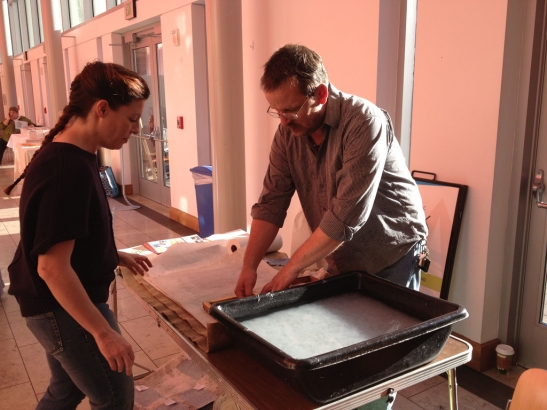 The raffle and silent auction lures in victims: 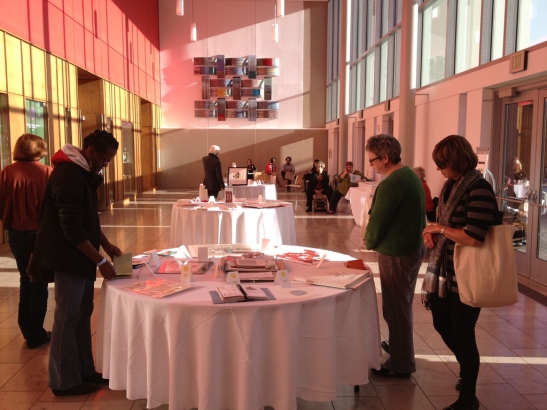 A press in a backpack:

No, really, It was a press in a backpack: 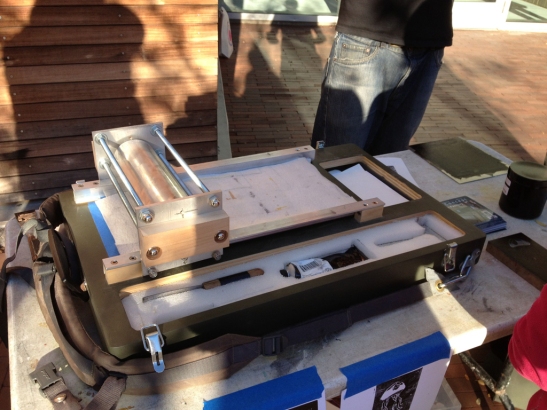 And, as if my portable press needs had not been met, a press on a bike courtesy of Tired Press.: 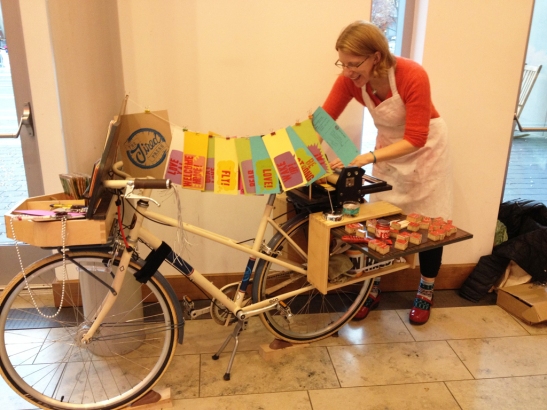 Although I didn’t manage to see everything, (and clearly managed to photograph almost nothing,) I want to mention a few great presses and books. Here are some photos stolen from the internet.  Amy Borezo of Shelter Bookworks was there with her book Labor/Movement (seven workers.)

There were, of course, a million awesome books there. Other Presses and people to oggle at: Huldra Press, the Astonishing Shanna Leino, The lovely ladies at Small Craft Advisory Press, hot books from Leilei Guo,  Esther K. Smith and Dikko Faust of Purgatory Pie Press.

The book excitement continued into the evening. Here is a book a friend showed me back at the hotel. mmmm. 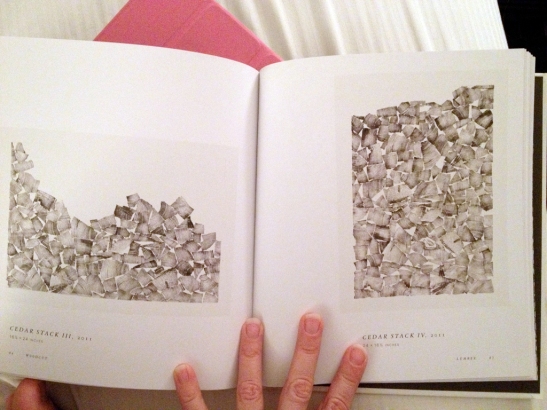 Ok, now to return to the Thanksgiving well and pick at a Turkey carcass. Don’t pretend like you are not doing the same thing. Happy Thanksgiving! On Sunday I head back to Geneva, New York. Bookbinding and printing workshops at The Cracker Factory next week, a show and a lecture at Hobart William Smith Colleges, and then back to the UK!